The price and cost are too high


The high price of a complete set of RFID equipment from tags to chips to readers and middleware, coupled with system deployment costs, system maintenance costs, and possible market acceptance risks, has seriously hindered the market promotion of RFID.

RFID technology is not yet fully mature, which is embodied in three aspects.

One is that when applied to some special products, such as liquid or metal cans, a large number of RFID tags may not work properly.

Second, the traditional manufacturing process of electronic tags is still relatively complicated. The label needs to be chemically soaked before it can be coded, and the label failure rate is very high.

Third, RFID tags and readers are directional, and the signal is easily blocked by objects. Even if a double tag is attached, 3% of the tags cannot be read.

RFID has not yet formed a unified industry standard. At the technical level, the technology of RFID readers and tags is not unified, and there will be situations where they cannot be integrated. Within the industry, the label communication protocols, frequency bands, and packet formats developed by different manufacturers are different, which will cause confusion and confusion when using them.

Once the RFID tag approaches the reader, it will automatically send out information unconditionally, and it is impossible to determine whether the reader is legal. Passive RFID systems do not have the ability to read and write, and cannot use key verification methods for identity verification. This involves the protection of personal privacy and business security.

Although facing difficulties, there is no need to be sad and desperate. At present, two important factors hindering the development of RFID: price and technology have made great breakthroughs. More and more manufacturers are participating in RFID, and RFID has gradually matured after long-term and rapid technological accumulation.

The improvement of system integration stability and the improvement of electronic label technology have helped RFID bring revolutionary changes, while price competition and breakthroughs in technical difficulties have driven the price of RFID-related equipment to drop significantly.

For the application of RFID, we use it as the main means of anti-counterfeiting identification, as a safety tracking technology in railway safety, and as a quality guarantee for traceability in public safety. And recently, at the graduation ceremony of Texas University of Dallas, we saw a new application of RFID.

Everyone thinks that the moment they graduate from university is an important moment in their lives, and this time is very short and precious. I hope that family and friends can witness for themselves. The difficulty is just a few seconds, and parents may not be able to recognize it. do it yourself.

As a result, the university’s students invented the RFID technology based on the UHF EPCGen2 standard to ensure that family members and friends are watching the graduation ceremony, or through the Internet, to let them know when their loved one has gone to graduation. The stage of the ceremony.

This is collected through an Alien company's ALR-9650 reader, scanning the RFID badge of each graduate who took the stage to give a lecture. The reader transmits the information to the computer system wirelessly, and then projects the information of each student onto the screen.


The difference between RFID and NFC

NFC technology, another technology very similar to RFID technology, has a very good application in the current market. 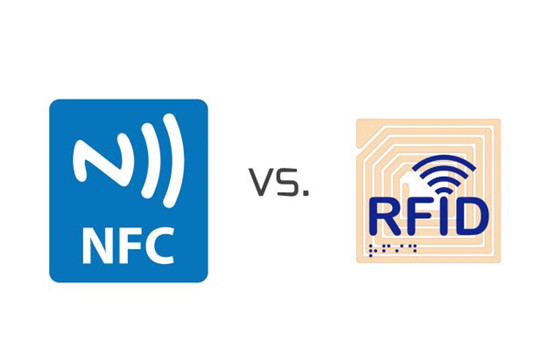 NFC is developed on the basis of RFID. In essence, NFC is not much different from RFID. Both are based on the signal transmission between two objects that are geographically close.


Other specific differences include:

2. Effective working distance: NFC (less than 10cm, so it has high security), RFID distance ranges from several meters to tens of meters!

3. Because it also works at 13.56MHz, NFC is compatible with the existing contactless smart card technology, so many manufacturers and related groups support NFC, and there are many RFID standards, and the unification is more complicated (it is estimated that it is impossible to unify). Under the special needs of special industries, the corresponding technical standards can be adopted!

4. Application: RFID is more used in production, logistics, tracking, and asset management, while NFC plays a huge role in fields such as access control, public transportation, and mobile payment.


Another refurbishment of NFC

NFC has the characteristics of low cost, easy-to-use and more intuitive, which makes it more potential in some fields-NFC can realize various devices within a few centimeters through a combination of a chip, an antenna and some software. The communication within the scope, and the cost is only 2~3 euros.

According to ABIReasearch's latest research on NFC, the NFC market may be found in mobile handheld devices.

ABI estimates that after 2005, smartphones and enhanced handheld devices using NFC chips will appear in the market. By 2009, this handheld device will account for more than half of the market. Research organization StrategyAnalyTIcs predicts that by 2011, global mobile phone-based contactless payments will exceed 36 billion U.S. dollars.

As an emerging technology, NFC roughly summarizes the shortcomings of Bluetooth technology's poor ability to work together.

After several years of downturn in the domestic market, NFC has been continuously recognized by all parties in the market. At the same time, the NFC industry chain has continued to mature, and the market environment has given a good opportunity for NFC development.

The above factors led to the rapid deployment and piloting of mobile payment in China in 2012 and 2013, and the market scale increased rapidly.